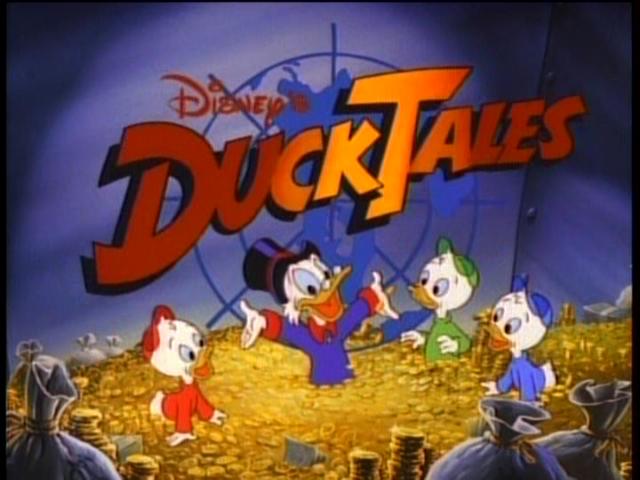 A shortened week links list this week thanks to two unscheduled days of rest that were spent in bed. The A.V. Club takes a look at how DuckTales was the massive success that it was, and how it has been all but neglected by Disney since it left the airwaves. A great article but misses the part where Disney bought ABC and exploited the fact that putting shows on your own network was considerably less hassle than syndication.

Voice actor Tom Kenny (no relation) sits down with the LA Times’ Hero Complex blog to talk all about Adventure Time’s misunderstood antagonist. It’s a hefty interview that touches on more than Adventure Time and is full of humour to boot.

Having to rest up on the couch all day Tuesday meant that I missed the bombshell of Jerry Beck getting bought out of Cartoon Brew. Surprised I certainly was but nonetheless wish Amid the best for the future.

That said, the always insightful FLIP blog clearly had the inside line on the story as the very next day, they posted this interview with Jerry where he reveals a few titbits on his time with the Brew and what his plans are for the future.

Canadian website The Sleepy Skunk put out a guide this week the exemplifies yet again how movie posters really do seem to all look alike. Personally, this blogger was surprised by there only being two DreamWorks films in the raised eyebrow category. 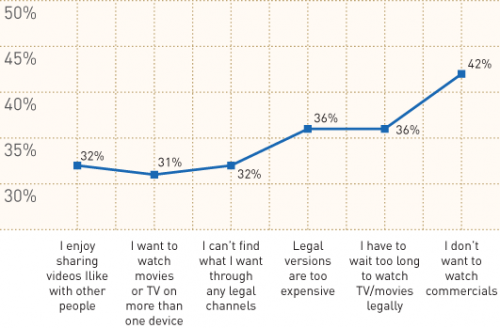 Due to school, other commitments and a general lack of time, this week was light on regular posts, but that did not preclude some interesting articles being published elsewhere.

I’m a Black Female Cosplayer And Some People Hate It

Chaka Cumberbatch is an anime fan and cosplayer who happens to be black. Unfortunately, she discovered that racism pervades even the nicest fandoms. In this post over on XOJane, she outlines some of the crap she’s had to put up with while outlining why those who argue that only those of the same race as the character are ‘allowed’ to cosplay as them are, quite rightly, idiots.

The Many Motivations Of Movie Piracy (Notably Absent: ‘I Want Everything For Free’)

Techdirt has a great article that includes the chart above. Notice something that’s missing? Yes, people demanding stuff for free. Such data is proof that even though we are moving towards new business models. there is little reason to assume that people will stop paying creators for content.

The Epilogue By Don Rosa

Don Rosa is the very popular and respected comic artist of many Uncle Scrooge comics. In recent times, a substantial collection of his work has been released for collectors. The final volume of which was meant to contain a letter explaining Rosa’s many reasons for stepping down from the job.

The letter is actually a fascinating read and is extremely honest in tone, but one can’t help but feel incredibly saddened when they read stuff like this:

I couldn’t help but realize that I had provided these people with 20 years’ worth of work that they would reprint and rerereprint for the next century without ever offering me a cent in royalties. It was an insidious worm that worked its way into my soul. It killed my enthusiasm. And my enthusiasm for the fans who loved these Barks characters as much as I did was all that had kept me going.

You may or may not be aware of a recent situation where artist Jonathon Coulton got upset that inexplicably popular FOX show Glee used a version of Sir Mix-A-Lot’s ‘Baby Got Back’ that was seemingly a copy of one that he had created. There was a lot of back and forth about it, but Simpsons music editor Chris Ledesma cuts through the nonsense with his simple and neutral explanation of things.

Music and the rights that go along with it often play an important role in animation. They’re the reason the Daria boxset was delayed as long as it was, and even then the original music was substituted. All very good to keep in mind.

In this essay, brony ‘Headless Horse’ professes an uncomfortableness with how My Little Pony as a show has been overridden by the fandom surrounding it and how the resultant media attention has diminished the focus on the show an its characters. A worthy, if long, read on the topic of genderisation and fandom.

Here’s my week links of stuff I read and so should you!

Yes, it’s an interview with the creator of my favourite animated TV show! Some great tidbits in there too.

It’s Finally Over: 8 Years Of Mattel vs. Bratz And No One’s Getting Paid But The Lawyers

Techdirt has the details on this final chapter in a showdown over who created what. This is a case that is well worth reading up about because it deals with ideas and concepts and who is legally entitled to own them. All very important concepts in the animation industry.

An Animated Tribute to Moonrise Kingdom

Via The A.V. Club comes this animated tribute by Michael Piazza and Toniko Pantoja to Wes Anderson’s 2012 film, Moonrise Kingdom:

Inside DreamWorks: how animated movies are rendered

Techradar has this look at the technological side of DreamWorks Animation. It comes off as a bit of a pitch piece for Hewlett-Packard, but it’s still very informative.

The Sailor Failures tumblelog takes a look at how the series (specifically Sailor Moon R) featured crafty references to the merchandise in every episode. Hint: there was a reason the outer senshi were given specific shots of their lisptick being applied: 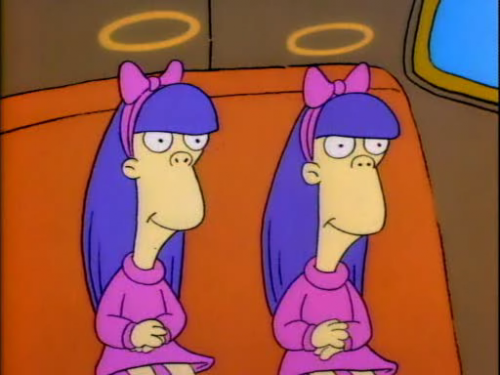 Here’s some of the articles I read this week that you should too!

The always informative FLIP blog interviews Nathan Erasmus about independent films and the not only the struggles and effort behind one, but also the rewards.

Den of Geek on the Disney Renaissance

David Crow over at Den of Geek has a comprehensive review of the films of the Disney renaissance focusing on what made the early films successful and the later films, not so much. I covered a similar topic last week, but David takes a look at the series as a whole rather than just one film.

The Dead Homer Society always makes for thought-provoking analyses of the Simpsons and this post is no exception. Twins Sherri and Terri were the, dare I say, devious, twins that had no problem humiliating other characters from fellow kids like Bart to enterprising restauranteur Moe. This post looks at the characters and their many conniving actions during the show’s earlier series.

It’s been featured here on the blog before, and now the Tube Open Movie is looking for interns to help out for the spring. You can find all the details here.

Lei Adeline over at Smart When Shouting has written an excellent post concerning the lack of female characters in Disney’s forthcoming ‘Disney Infinity’ video game/action figure play sets. The depressing reality that Lei breaks down is that the majority of characters available (at least at launch) are aimed primarily at boys:

While girls are certainly welcome to play, with elements from films like The Little Mermaid, Cinderella, and Alice in Wonderland available in token form, they are certainly not being encouraged to. The lack of properties aimed at them certainly serves as evidence of that, with the Princesses oddly absent, Tinkerbell and her gang nowhere in sight, and even Disney’s “cooler” or more “kick-ass” heroines like Rapunzel and Mulan seemed to have missed the cut.

she has a purple streak in her hair – WONT CONFORM !

All her friends are guys – SNEAKERS NOT HIGH HEELS U GUYZ

dont mind me just poking fun at this weird trend in animated shows where theres this girl with dark hair and a purple streak whos suppose to appeal to the ’ edgy ’ teens lol.

I’m a sucker for character analyses and I think Megan Ferguson nails it with this tongue-in-cheek look at one from her tumblelog. 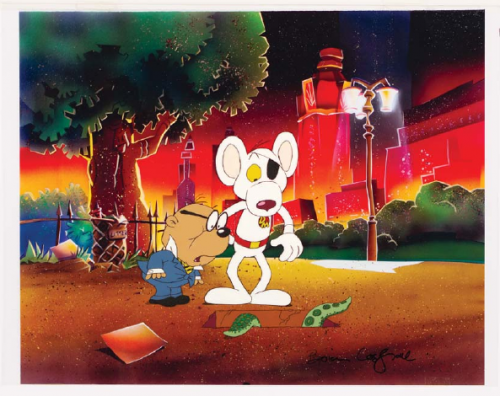 Time for another roundup of week links I read this week and that you should too!

Oskar Fischinger: the animation wizard who angered Walt Disney and the Nazis

The Guardian has a fairly detailed look at the life of artist and proto-animator Oskar Fischinger. He is perhaps most remembered to animation people for his early (and albeit, short) role in the creation of the Toccata and Fugue in D Minor segment of Fantasia.

Thanks to Danny Spencer for the tipoff, here’s a commercial for Murphy’s Irish stout that’s well, not very Irish looking.

They don’t make ’em like they used to, do they? Another one from the Guardian, our favourite James Bond-esque rodent comes in at no. 23 on a list of TV detectives. A quite detailed article that details exactly why the show is so good and remains popular after so many years.

Who Invented The Golden Globes

Not strictly an animation-related article, but it’s well worth reading this piece by Edward Jay Epstein (a.k.a. The Hollywood Economist) if you don’t know much about the background to the Golden Globes.

This list may stray a bit wide of the mark (were the Care Bears really a girl cartoon?) but there are a few shows on it that did manage to cross the gender divide. I’m currently making my way through number 3, which probably makes it not much of a secret any more.

And now, this blog presents to you some nightmare fuel in the form of the ever-loveable Totoro:

David OReilly up to his old tricks again. 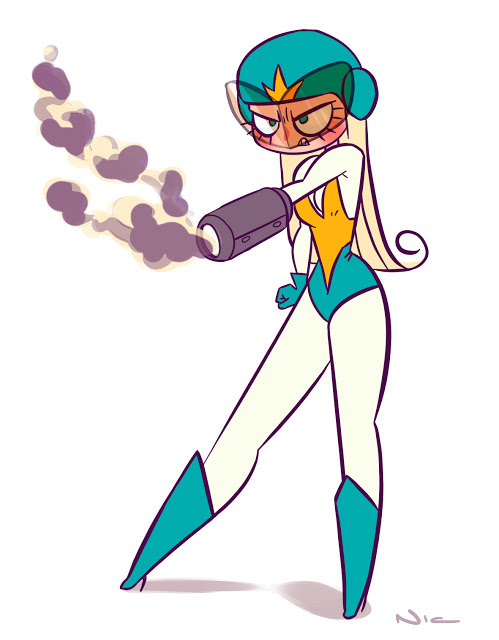 In other words, articles and posts that I read this week and so should you.

In a shocking turn of events, the sale of the remnants of Digital Domain mean that the licensing agreements that Disney had on the patents used to 3D-ify old movies may no longer apply. Fears that the studio may have to stop the practise were quickly proven as the court sides with the patent holders.

Should movies with smoking be rated R?

Erin McNeill discusses the presence of the habit on-screen with animated films coming in for some criticism.

While we’re on the subject of smoking, how about a Zippo lighter featuring a character from your favourite Studio Ghibli film? I somehow can’t see Disney releasing similar merchandise here in the States.

Four ladies blogging about pop culture = the latest addition to my newsreader.

Via the Laughing Squid, it’s not real, but I sure wish it was.