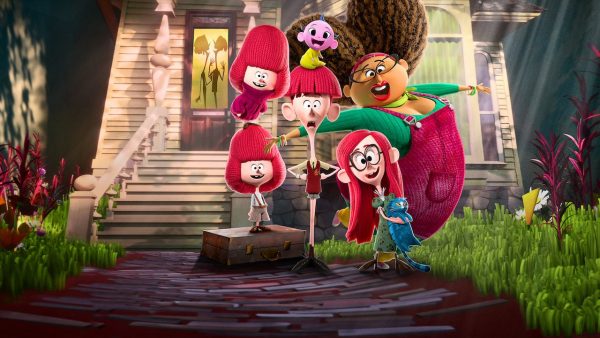 The axe swung hard at Netflix’s animation department this week. Management were forced out and shows either cancelled or cut entirely. Such actions are hardly a surprise given that Netflix subscriber numbers fell over the past quarter, but more intriguing is the news of Netflix’s extensive use of data to create and produce shows. It all adds up to a new era of disposable animation.

Animators are a proud bunch and rightly so. Animation is not an easy artform to learn, let alone master. Animators draw upon a legacy that stretches back a hundred years whose earliest works continue to educate and inspire. Live-action can’t quite say the same; nobody makes silent films anymore but while rubber hose animation is antiquated, it never became obsolete either. Such longevity may be coming to an end and while the cause is not a single one, one company looms large: Netflix

Alternatively the hero or villain of the entertainment business, Netflix nonetheless pushed the industry into the modern era by catching it off-guard with streaming. Everyone struggled to catch up, while Netflix attempted to cement its moat with original content in every shape and form. Animation forms a key part of that moat; all the better to keep Disney at bay by acquiring younger viewers before they know who Disney even is. Netflix never set out to replace your favourite cable channel, it set out to replace your entire cable service. Ergo the often contradictory personality of the company’s offerings. High culture critical darlings on the one hand, and bargain basement, lowest common denominator trash TV on the other.

Animation was not going to escape the same fate and for every Midnight Gospel, there were a half dozen DreamWorks spinoffs. Yet the allure of a creative space with minimal executive interference was potent. Numerous high profile creators joined and excelled at Netflix and much like Nickelodeon thirty years prior, the results showed.

Yet, one wonders if their endeavours were actually part of a ruse. Not in the sense that Netflix would cast them off once the audience was acquired (which may or may not be or become true), but rather that Netflix, in its mad dash to build a library of content and reliance on data to get it there, was willing and able to actively devalue their contributions by drastically increasing the rate of production. There was a time when Disney would put out an animated film only once every three years. Then it became one every year, then it became one a quarter. Now Netflix is releasing one practically every week.

The company uses data extensively and in a capacity far beyond what Nielson ratings can ever hope to provide:

To put it simply, if you’re watching any TV show or movie on Netflix, it knows the date, location, and device being used to watch, as well as the time of your watching. On top of that, Netflix also knows about how and when you pause and resume your shows and movies. They also take into consideration if you are completing the show or not, how many hours, days, or weeks to complete the episode or a season or a movie.

Ultimately, it tracks every action taken by the user on Netflix and considers it as a data point. How many metrics will be there in total which Netflix might be using for data collection?

People and the data they produce changes over time though. What you liked as a kid is not what you may like today or what you may like in ten year’s time. Netflix does not care about the past or future though. They only care about the now, or rather, the future as far as it takes to produce and release a film or show. They produce things to appeal to viewers now. To grab their attention now. To keep watching Netflix now.

Netflix’s credo: Why rewatch an old favourite when a sparkly potential new favourite awaits to be discovered?

Truthfully, do audiences really even care? Netflix zeroed in on a formula that’s worked and will continue to refine it as the data suggests they should. Audiences demand entertainment; artists are among the few looking for fulfillment and a call to a greater cause. The former are concerned with their immediate gratification, not with the effort it took to gratify them or what happens to those involved thereafter. American football satiates an immediate need for pleasure; the lasting physical and psychological damage done to the players is the last thing on viewer’s minds.

Creators pour their heart and soul into passion projects hoping they will provide a lifetime of enjoyment but the reality is a flash in the pan. Culture moves so fast and things have to hit instantly and powerfully to even create awareness let alone viewership. Hence Netflix’s policy of only starting any marketing efforts a month in advance of release; any sooner and audiences will consider it old news by the time they can watch, if they even want to. Like I wrote in my recent Oscars post: stuff released in 2021 may as well have been released in 2001; that’s how old they appear now. Animation is not safer on other platforms either; all of which have the same library problem Netflix did but additionally face breakneck production schedules to catch up and keep pace with the industry leader.

Consume and Throw Away

What this adds up to is a new disposablness of animation. Artistic endeavours designed to be popular now and not the future, to be binged instantly before spending an eternity in a library; only ever a click away but obscured by a thicket of new content. The latest news out of Netflix reinforces this fear. A fear that even the greatest is simply no better than the average and no less fitting of a similar fate.

A final word of warning: animation is not a genre but may as well be as far as audiences are concerned. Westerns are a genre, and as they increased in popularity they too became formuaic and disposable and have deservedly languished in limbo for the past half a century.