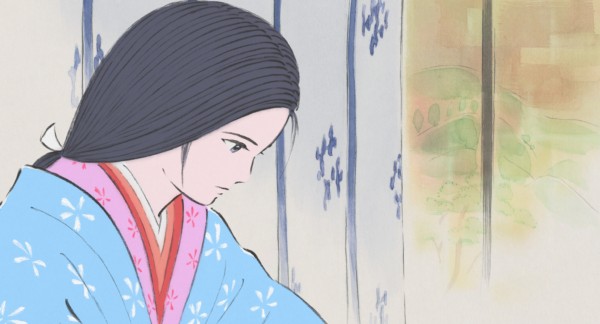 The year that was 2014 was a great one in many ways for animation in all forms, and yet for all the successes, there were still a few concerns. Here’s some personal thoughts on the year that was, and a few more on the year ahead.

The 2014 Animation Year in ReviewRead More » 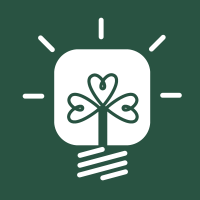 To get straight to the point, I’ve been toying with the idea of doing a weekly podcast for a while but am not sure if it’s a good move or not. (Not least because there are a million others out there already.)

If you have any interest in hearing my thick Irish brogue wax lyrical about animation, just leave a yay or nay in the comments.

Feel free to suggest topics that you’d like to hear me cover too! A short acknowledgement of the 1,000th post to be published here on the site since I started taking the whole blogging thing seriously. For the curious, the first post was back in 2010 and was a review of How To Train Your Dragon.

Obviously this post should have occurred much earlier in the year (or even in late 2012) but I’ll be the first to tell you that keeping up a completely daily schedule is tough going! Michael Sporn has been at it for many more years than I, and hasn’t missed more than a few days! At an hour a post give or take, you can see how much effort has gone into the site over the years; although that doesn’t include the volumes of stuff that I have to read in order to find stuff to write about!

If it wasn’t for graduate school, my schedule would be a lot more similar to Michael’s, but as it stands, getting a post out every single day is tough when you have papers, group presentations and a pile of reading to get done all while balancing a full-time job on top of everything.

Since the beginning of this year (2013), I’ve taken the site a lot more seriously than in the past, and I’m glad with the positive response that it has produced. Besides the greater audience involvement (and thanks for all the comments; keep them coming), traffic is up and my posts are inciting some debates elsewhere. Additionally, I’m a contributor on both Jerry Beck’s Animation Scoop and over at Moviepilot, a site that helps you keep tabs on upcoming films and TV shows.

The remainder of the year will be more of the same. Upcoming events that I hope to attend include both Bronycon and Otakon (although I’m neither a brony or an otaku; both events are quite literally on my doorstep, taking place in downtown Baltimore) and the CTN-X convention in Burbank, CA in November; something I’m very much looking forward to.

In the meantime, thanks for reading, please continue to engage and don’t be afraid to get in touch via the contact link at the top; I don’t bite 🙂 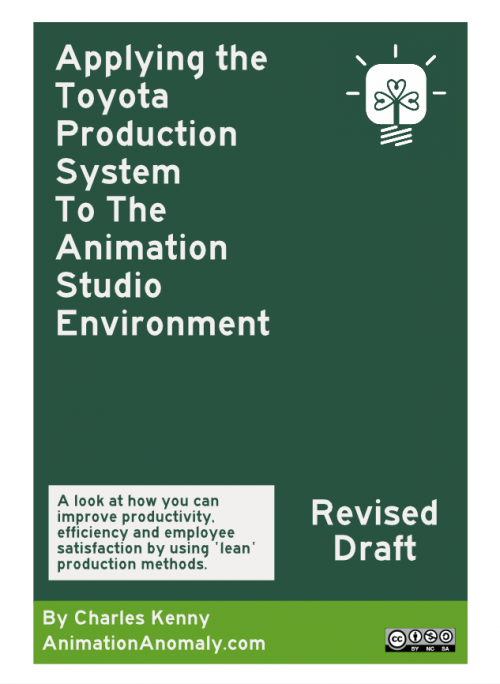 Starting today, I’m launching the Animation Anomaly Papers section which you can access here or though the menu bar at the top. The papers are essentially longer and more detailed blog posts dealing with specific topics on animation. The goal is to publish a new one every month.

The first one available is about Applying The Toyota Production System to The Animation Studio Environment. You can receive it by filling in your details below! 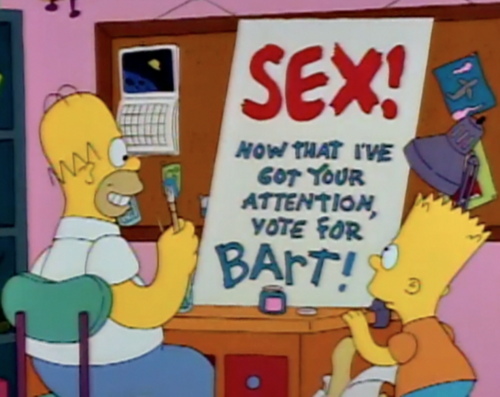 Writing posts is enjoyable, but sometimes they can be a bit curt and to the point. For that reason, I’m considering writing a series of longer papers that would be a bit more detailed. A list of potential topics is listed in the poll below. Please take the time to vote for up to three that you would like to read. 🙂 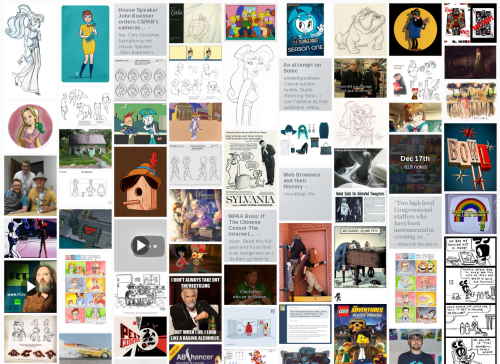 Just a gentle reminder that I am on tumblr (and have been for almost 4 years). So if you are too, feel free to follow me for a wide variety of animation and non-animation stuff that I come across on my travels across the interwebs. Normally I’m not one to celebrate milestones in a big and flashy way, but I couldn’t let this one pass by without saying something.

This blog started waaaay back in 2008 over on Blogger and stumbled along in a half-hearted attempt at writing for the good of society before a post over on Retrospace in 2010 gave me the impetus to start taking it seriously. Long story short, I started posting daily (with the odd hiccup here and there) and that has brought me to this, my 700th post.

Now some out there might scoff at a lowly number like 700, but I can honestly say that I never, ever thought I would progress as far as I have. I can see a definite improvement in my writing skills and blogging ability too (culminating in a move to a self-hosted site). Yes, practice does make perfect, or almost perfect at any rate.

The lesson? You can do it to! Blogging regularly takes a bit of energy and some sacrifices, but on the whole, it hasn’t been that much of a burden. If you set aside the time, you will be able to do it too. I’m still shocked, and saddened by the number of great blogs I subscribe to that haven’t updated in a very long time. They stay in the reader because it doesn’t require any effort to keep them there, but I can’t help but wonder what they could be with a little elbow grease.

That’s not to say you need to keep up a daily schedule, but once a week should be within the vast majority of people’s reach. Posting daily works for me because I have so many animationy thoughts going around in the ol’ noggin.

Personally, I’m looking very much forward to the next 700. I hope you’ll stick around too 🙂

You may have read the LA Times article from the other day that talks about a shift that’s currently underway at the Disney Channel. The interesting thing is that it included (all the way at the end) this quote from Jerry Beck:

“Before Eric got there, [Disney Channel] had a couple of mild hits, like ‘Kim Possible.’ They were doing derivative things. They were following trends,” Beck said. “Now, they’re leading trends.”

Now I don’t necessarily agree that Kim Possible was derivative, perhaps as a kind of show it was, but there’s been nothing like it since, and it still remains a rare, female-protagonist, show.

That notwithstanding, Jerry hits the bullseye with his point that creating derivative shows will not get you very far. We’ve seen it time and time again when a show get big and a whole host of imitators follow. It happened with The Simpsons and the only shows to last more than a season or two were FOX’s own.

So when it comes to animated TV, do networks tend to follow trends rather than make them? The answer is emphatically, yes. That is by far the less risk option. However, as SpongeBob SquarePants proves, creating a trend can lead to a very long (and insanely profitable) property. In the course of my day (i.e. before work. during lunch and after work) I come across an awful lot of articles, far more than can be discussed here on the blog, but that are nonetheless important and relevant to the animation community.

However, I’ve found that while there are plenty of places you can go to find the latest press releases (such as here, here and here), there is nowhere that offers a select list of news and feature articles that are essential reading for anyone with even a remote interest in the industry.

So it is with this in mind that I am pleased to announce the new Animation Anomaly Weekly News Digest; a comprehensive yet compact e-mail newsletter that delivers the most important stories of the week directly to your inbox free of charge!

You can read the debut edition here.

PS. Your-email address won’t be used for anything besides the newsletter and communications regarding it.

It may have taken the whole weekend and a whole lot of consternation on my part (my penalty for not being a designer by trade) but all the changes that I hoped to get done are complete.

The site is no longer hosted at WordPress.com so if you happen to have any bookmarks for the old URL (http://fanatzmigoriuh.wordpress.com) please update them to http://animationanomaly.com

My e-mail address is now: charles[at]animationanomaly.com Please send all correspondence through this one.

You can now subscribe to the blog with one click on the blog itself rather than having to visit another site.

Most important of all, there are now even more ways to share posts with the new sharing buttons. Seeing as I had next to no data to go on, I presumed that most people use either facebook or twitter, in any case, if you click on the share button, there are about 300 other services that you can use.

In addition to that, I’d like to remind you that everything I post that is by myself is made available under a Creative Commons license that allows you to build upon what I have made. All I ask is that you publish the work under the same license and attribute the origin to me in some way shape or form.

Tweaks may continue to be made over the next couple of days, but nothing that should disrupt the site like previously. So without further adieu, we return to our regularly scheduled programme. Starting tomorrow morning (Saturday) at an as yet undetermined time, I will be performing some major work to the site.

I should have a redirect in place, but should that not work, you can continue to access the site at

I am hoping to have everything done and dusted by tomorrow evening at the latest.

My e-mail address will not be affected.