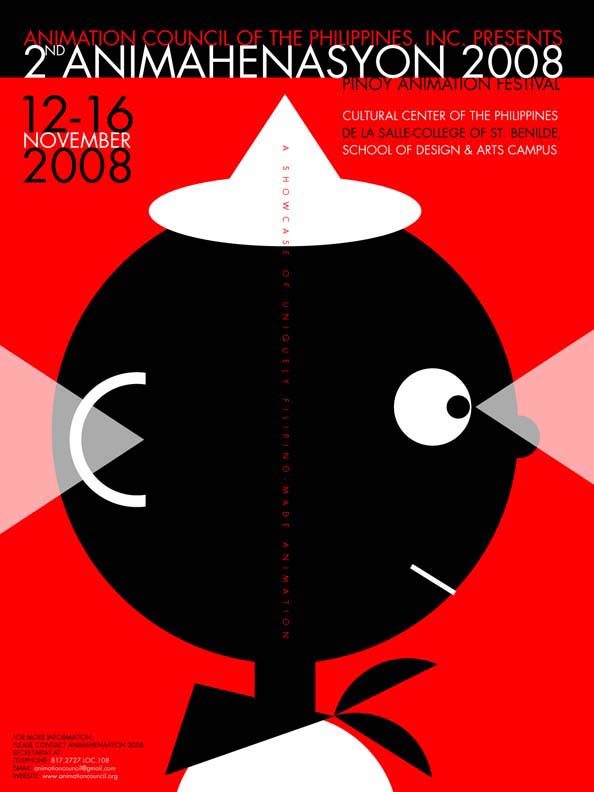 This coming Wednesday sees the start of arguably the most important festivals for animation lovers in North America. Every year, Chris Robinson and Co. put together the Ottawa International Animation Festival and if you’ve ever read The Animation Pimp (either online or by the book) you’ll have an idea of how much effort goes into making everything run like clockwork.

There are tons of reasons why festivals such as Ottawa are such fun to attend. For starters, you are exposed to lots of new and interesting films that you’ll probably never see down in your local cinema. If you’re artistically inclined, that may pay off handsomely in the form of inspiration. If you can’t draw a straight line, well, you saw some really neat films that will hopefully inspire you in other ways.

Besides the actual content, festivals offer a rare opportunity for animation professionals to socialise. Now I am aware that animators do socialise outside of festivals (for some reason I always seem to meet them at a pub) but never en masse. While this can certainly have its disadvantages, it is safe to say that the ability to meet a wide range of friends, both old and new, far outweigh the brevity of the event.

Meeting fellow animators is enjoyable in itself and I’d be lying if I said that it was all purely for fun. The animation industry (especially outside of Burbank) is heavily reliant on word of mouth. In other words, its more who you know than what you know. Although this may seem frustrating at times, its only as difficult as you make it for yourself. Festivals are a great opportunity to go out and meet some other professionals. Heck, its the same for any industry, plumbers seem to have conventions all the time. Why? So they can build relationships in an industry where a lot of guys work independently.

Larger festivals such as Ottawa (and Annecy in France) may also have a studio presence. This development in recent years is beneficial to both camps. Animators want a job and studios want to find good talent. Putting the two in the same place is a match made in heaven. However, you should not discount smaller ones, such as the ASIFA-East festival simply because a major studio is not present.

So far, I’ve never heard anyone say they went to a festival and had a horrible time. They’ve often been tired, hungover, sick or incapacitated in some way, but they have never said they regretted going. Plenty of people (myself included) regret not going for all the reasons above and more.

If you don’t attend, you can make up all the excuses you want, but at the end of the day, the buck stops with you. Festivals are guaranteed to bring rewards and can often accelerate your progression up the career ladder, if you play your cards right. With that in mind, you don’t have much to lose now, do you?