Fans of Neon Genesis Evangelion have it relatively lucky (at least in Japan and the US), where the show and its films have been given numerous home media releases down through the years. The release that I happen to own is the Platinum Collection which was definitive at the time but shows its age in 2021 and hearkens back to a time when you pretty much had to buy DVDs in order to watch anime, and special features were almost always an afterthought.

Thankfully, GKIDS and Shout! Factory have created not one, but three collections for the Eva fan: the Ultimate Edition, the Collector’s Edition, and the Standard Edition. All three are a sincere attempt to appeal to all types of fan from the dedicated all the way down to the curious casual. 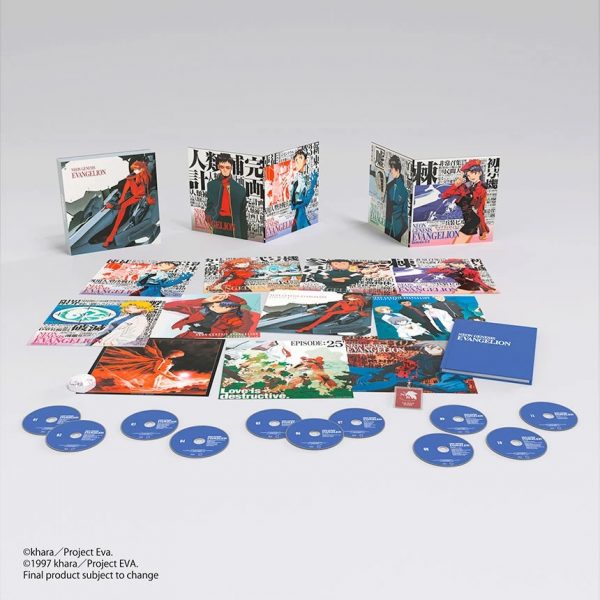 Unfortunately the Ultimate Collection sold out the day it was announced so unless there is an expansion to the limited quantity of 5,000, you are unfortunately out of luck. 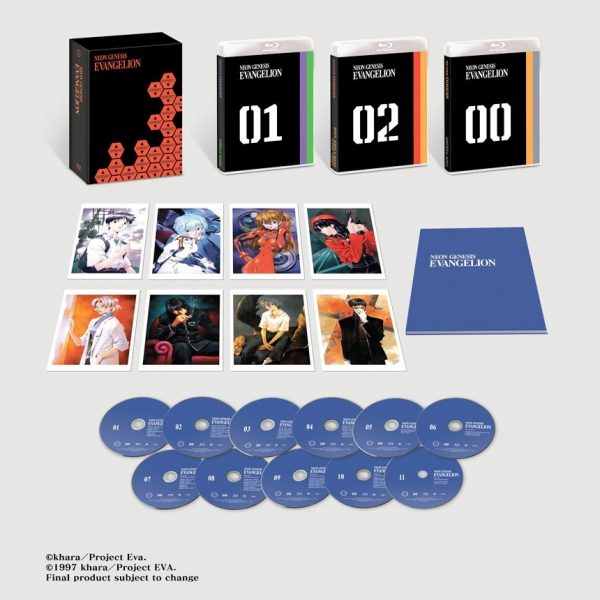 The Collector’s Edition arrives on December 2nd and, while less featured than the Ultimate Edition, nonetheless packs a punch: 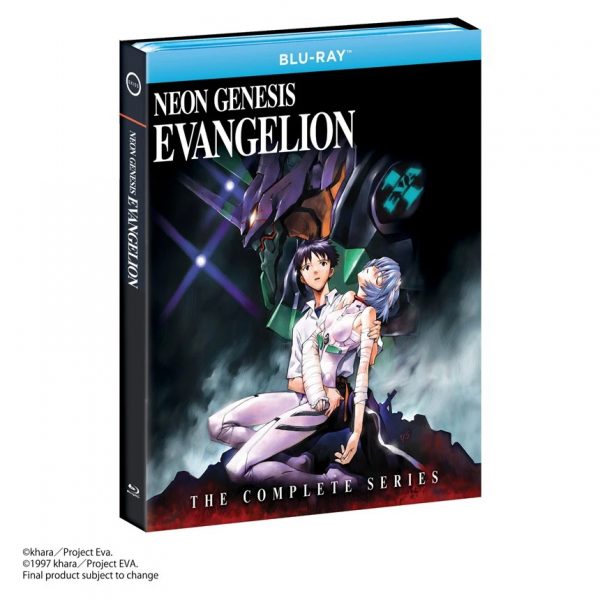 The Standard Edition, while lighter still, is no slouch and Shout! Factory were kind enough to send a review copy:

The Standard Edition is an essential five-disc set that will contain over five hours of bonus features, including animatics, TV commercials, music videos, and more.

This set is the closest to my own Platinum Collection but is by far its superior. I can say with satisfaction that it’s a joy to see Evangelion finally available in HD! All the detail, all the effort that went into the hand-drawn animation is finally allowed to shine and in its original 5:4 aspect ratio too. A 5.1 channel soundtrack also adds an extra level of enjoyment to the show that it lacked before and if you’re a purist, the original stereo tracks are included as well.

Both EVA films are also included, which is a great benefit given that they are usually separated from the series and in the case of End of Evangelion, are required viewing to feel you’ve seen the complete series.

The extra features are a very nice touch. So often with older films and (especially) TV shows, there is a dearth of material to work with with the result that the release’s producers have to rely on retrospectives and other gimmicks to pad it out. Fortunately nothing could be further from the truth here. There’s plenty of original content to choose from and I personally enjoyed the animatics as they offer an insight into how the show actually came together. With over 5 hours on the Standard Edition and even more on the Collector’s and Ultimate editions, they will please fans and entice non-fans further into the series too.

The only aspect I was disappointed with is that, as an [ahem] older fan that first viewed the series with the original English dub featuring Spike Spencer, Allison Keith, Tiffany Grant, et al, I would have to opt for the pricier Collector’s Edition. This is understandable as licensing isn’t free and it is unlikely to be a consideration new fans or those that live and die by their Japanese subs. That this trivial matter is the only negative aspect of the whole release is telling of the quality of the sets.

All in all, this is a timely release that will allow Eva fans to fill in the hole in their collection that the original TV series and films occupy.

The Collector’s and Standard Editions in Blue-Ray, in addition to a digital download are available from the GKIDS store: https://store.gkids.com/pages/neon-genesis-evangelion