Hodinkee is one of the sites for horology fans and (I didn’t know this) every year they do a week filled with articles on character watches. Twenty twenty one was no exception and the site features two standout article for fans of animation.

The first is an in-depth look at anime and cartoon watches. And no, this goes far beyond a character simply emblazoned on the dial.

There’s a whole sub-niche of collecting character watches that focuses on the thematic integration of anime and modern cartoon characters in horology. These watches have a small-but-loyal following and are usually produced in limited quantities 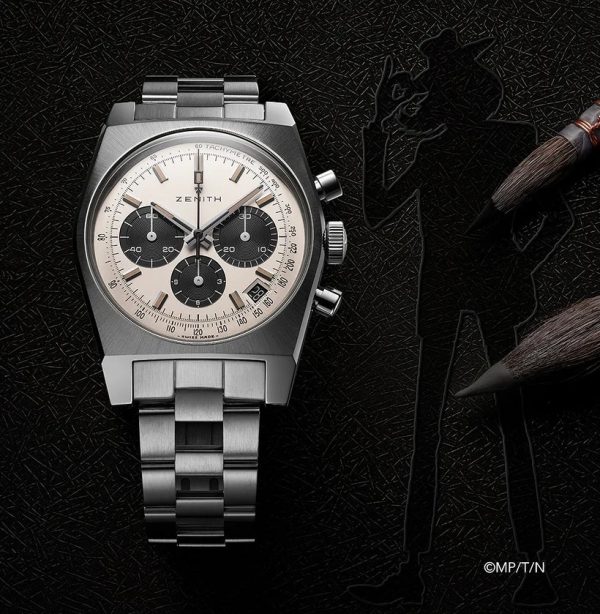 The watch above is a prime example. It doesn’t appear to be anime-related, yet it’s a real-life version of ch worn by Lupin’s partner Jigen. If you’re wondering, the price is $10,000!

Watches are of course, a perfect way of subtly conveying your fandom in something because only those in the know will recognise what you’re wearing. As the Zenith watch demonstrates, the cost of entry can be steep, but the good news is that the effect goes both ways; plenty of characters have worn versions of actual watch models too.

The second Hodinkee article is all about the character watch; think the classic Mickey Mouse watch and you’ve got the idea. If you’ve ever wanted to know the history of these watches then this is the article for you!

Which Disney character was voted as having the best kimono? The answer shouldn’t surprise anybody, and yes, it’s amazingly fashionable.

Lastly, with a new My Little Pony movie launching on Netflix later this month, makeup brand Lottie has released a limited edition line of products based on the film.

Not unlike the Sailor Moon x Colorpop collection, the Lottie collection features items inspired by the characters in a tastefully coordinated manner. Unlike the Sailor Moon collection however, Lottie is marketing across gender lines and not making any distinctions about which product is for who. A sign of the times? Definitely, and surely the first of many more to follow.